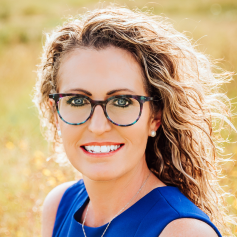 Explore a wide varitity of towns throughout Canadian County.
» View Allof the Communities Yukon, Oklahoma is home to the Millers! This little town was in proximity to fertile farmland in the early 1900’s, and quickly thrived as an urban center for all farmers. It only made sense to build a mill in the middle of the town. This mill soon became one of the largest flour mills in … END_OF_DOCUMENT_TOKEN_TO_BE_REPLACED Mustang, OK is probably one of the most expanding communities in Canadian County. Mustang was established in 1895, but it was incorporated into a city in 1969. Since then the population has continually grown to nearly 22,000 residents making it one of the youngest and fastest growing communities in the state. The city limits of … END_OF_DOCUMENT_TOKEN_TO_BE_REPLACED Although the population of El Reno is reaching 20,000, it still gives you that small town feel. Eighty squares miles from end to end yet holds so many adventures in between. Historic El Reno lies at the crossroads of Route 66 and the Chisholm Trail, which is known as U.S. Highway 81. El Reno Main … END_OF_DOCUMENT_TOKEN_TO_BE_REPLACED

What an awesome job by Kamara Gatz! I was very impressed with her excellent marketing and attention to detail. I have already recommended her to family and friends.
– Tina Kline Beck
Read More

Connect with me on: All rights reserved. Certain information contained herein is derived from information which is the licensed property of, and copyrighted by, MLSOK, Inc This information is believed to be accurate but is not guaranteed. Subject to verification by all parties. The listing information being provided is for consumers personal, non-commercial use and may not be used for any purpose other than to identify prospective properties consumers may be interested in purchasing. This data is copyrighted and may not be transmitted, retransmitted, copied, framed, repurposed, or altered in any way for any other site, individual and/or purpose without the express written permission of MLSOK, Inc.